Traditionally, in North American tribes, dream catchers used to hang above the bed as a charm and protection from bad dreams. 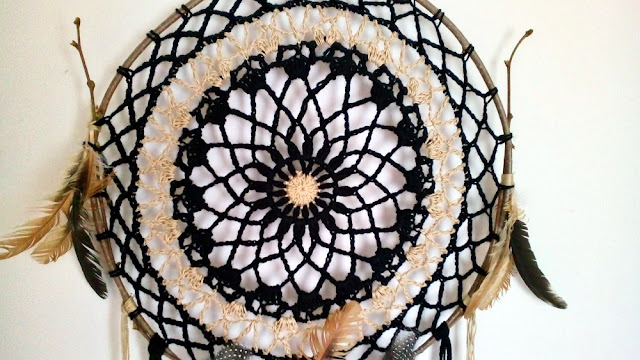 Native American people Ojibwe crafted these dream catchers by weaving thin, fine yarns, usually coloured in red, around a willow hoop. In old days they used nettle fibers, and the weaving resembled a spider's web. Just like the spider's net, the dream catcher was meant to "catch" a nightmare and prevent it from entering a person's sleep. 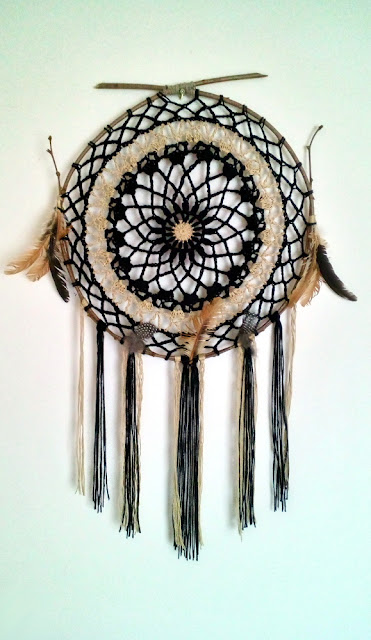 Another explanation says that bad dreams used to go through the holes in the net, while nice dreams got caught in it and slowly came down to the sleeper's head, most often of a child, down the feathers hung to it.
Dream catchers were made by men only, and it was believed that if a woman's hand created one, it wouldn't have the magical effect. 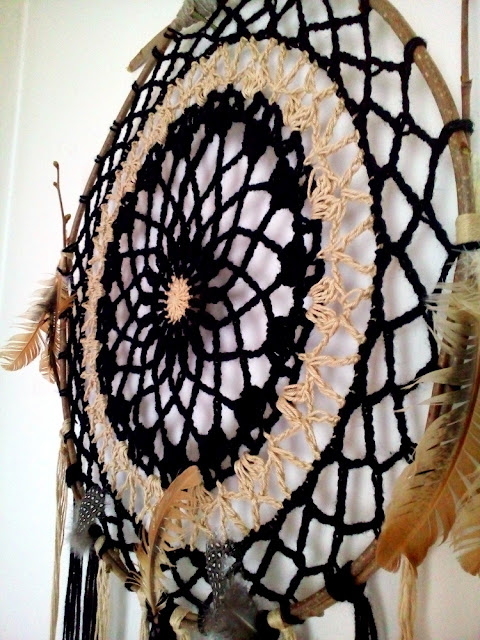 I made a hoop for my dream catcher using 2 young branches of hazel. I twisted them several times, bent them into a hoop, and tied them together in place with a piece of rope so that the thicker ends are crossed. Thin ends were left to stick out upwards a bit as a decoration. 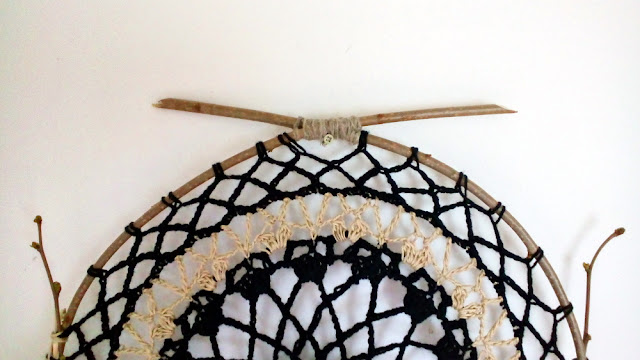 I crocheted the net following the instructions that you will find here. I used black and gold yarn. The black one is 25% wool, and the gold 100% cotton. I crocheted with hook No. 3.5 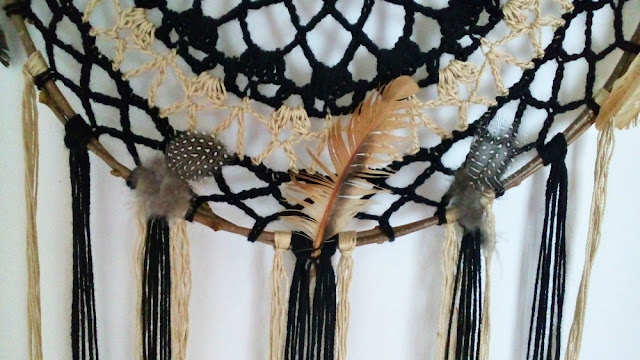 I decorated the finished work with fringe and some chicken feathers. The choice of colours for this wall decoration actually depended on the colour of feathers that I had collected in the garden :-)