This long crocheted skirt was completed 7 or 8 years ago but I didn't get the chance to take good photos of it and present it, so... voilà! Here it is, finally! 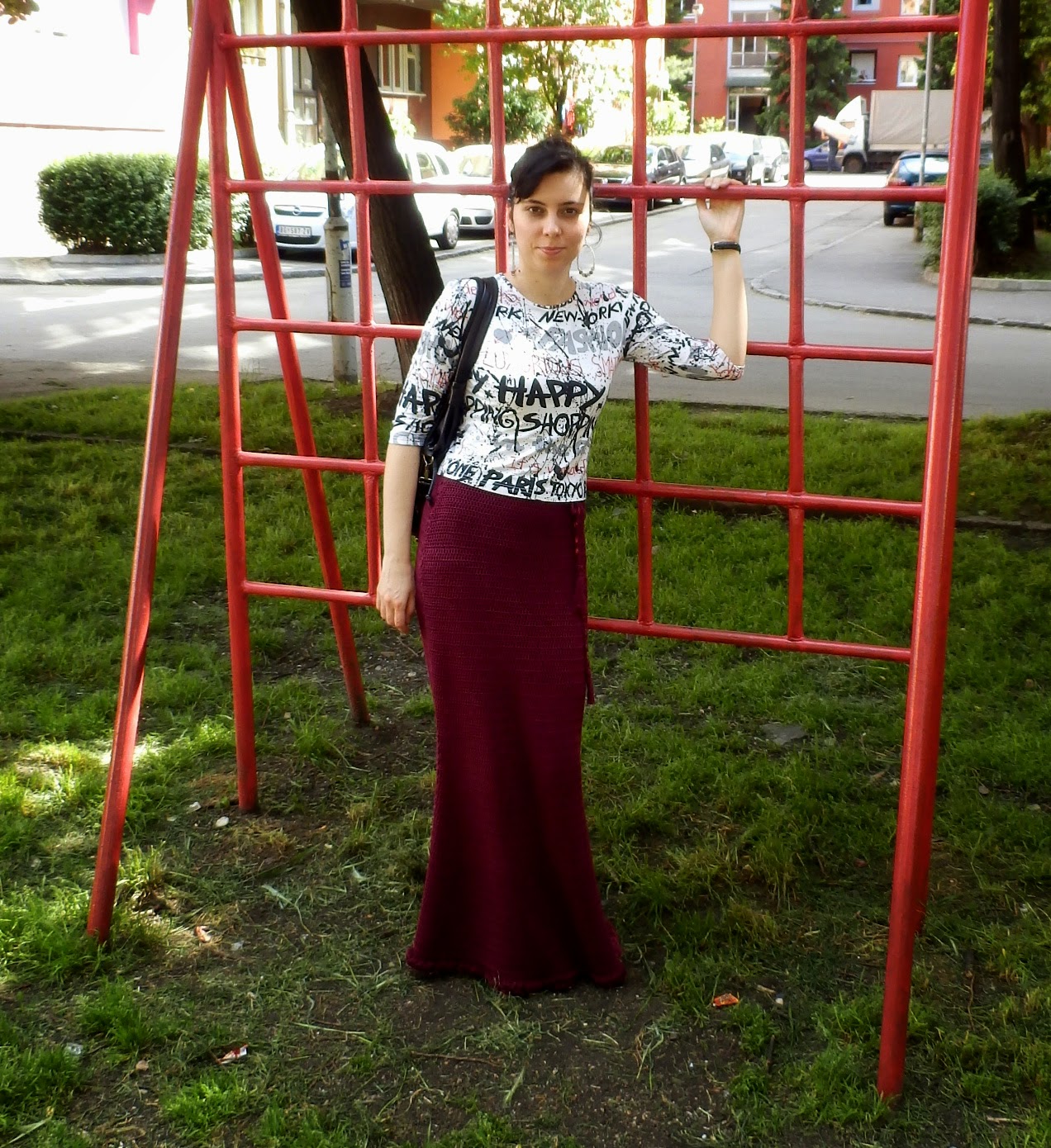 The skirt was made from my favourite thread "Helena" - 100% mercerized cotton (100gr = 250m), in Croatian production. It was worked in dc, from bottom to top, with decreases and increases on the sides to fit the body curves.
The model is a tight fit around the waist and hips and slightly widens from hip line downwards, so it resembles the so called Mermaid skirt. 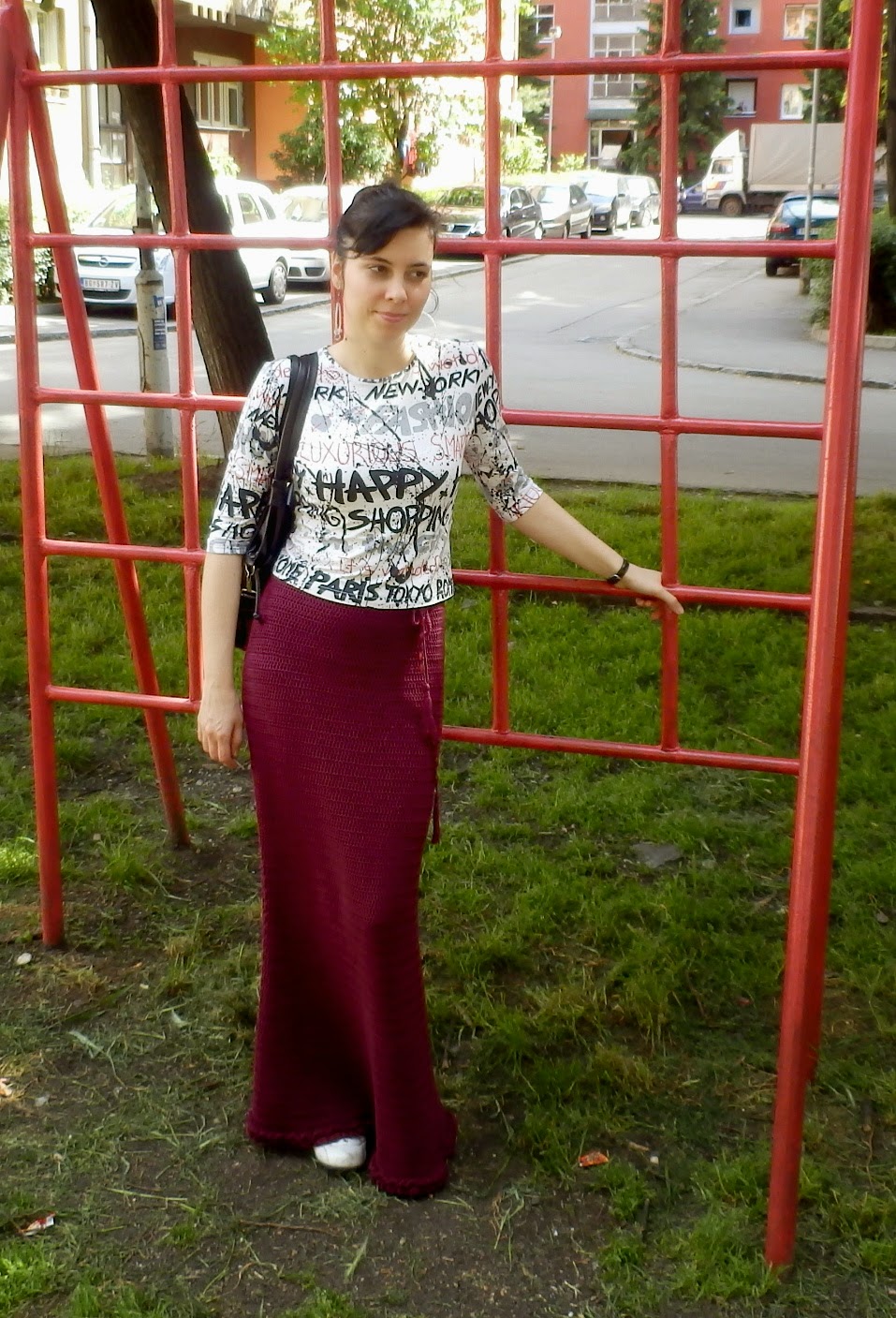 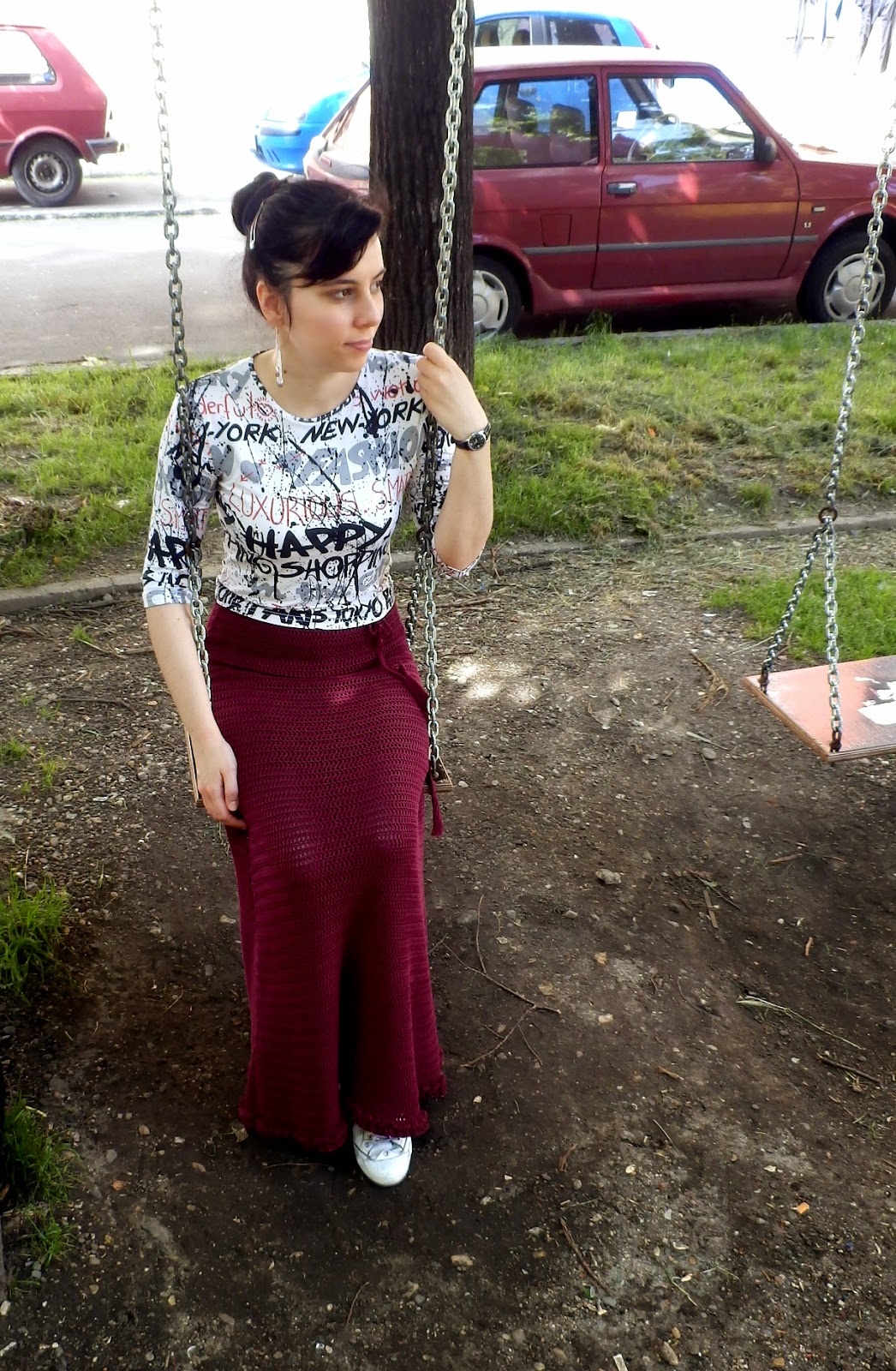 The inspiration came from the photo on the left below. I saved this picture in my computer many years but I don't know where it was taken from.
I chose not make all the ruffles in order not to overcrowd my version, so I added one ruffle on the skirt edge. (However, when I look at the original right now, I quite like it the way it is...) 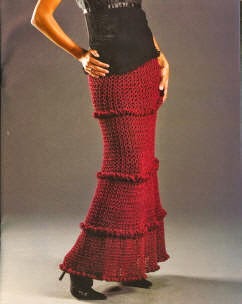 The ruffle is worked in two rows.
In the 1st row work groups of 3dc around 1 dc of the first (bottom) row of the finished skirt. In that way you will get this "curly" effect.
The 2nd row is worked in groups of 3 triple crochet in one stitch, by inserting the hook in the loops of the 1st row of the skirt, behind the previously completed ruffle row.

Top edge (waist) is the width of your hips so that you can put the skirt on easily as it has no zipper. The edge is folded on the inside and sewn by hand and a string is pulled through the obtained waistband. The string is a foundation chain row of about 200 sts on which you do 1 row in sc. On its ends I pulled through several oval beads and attached tassels. 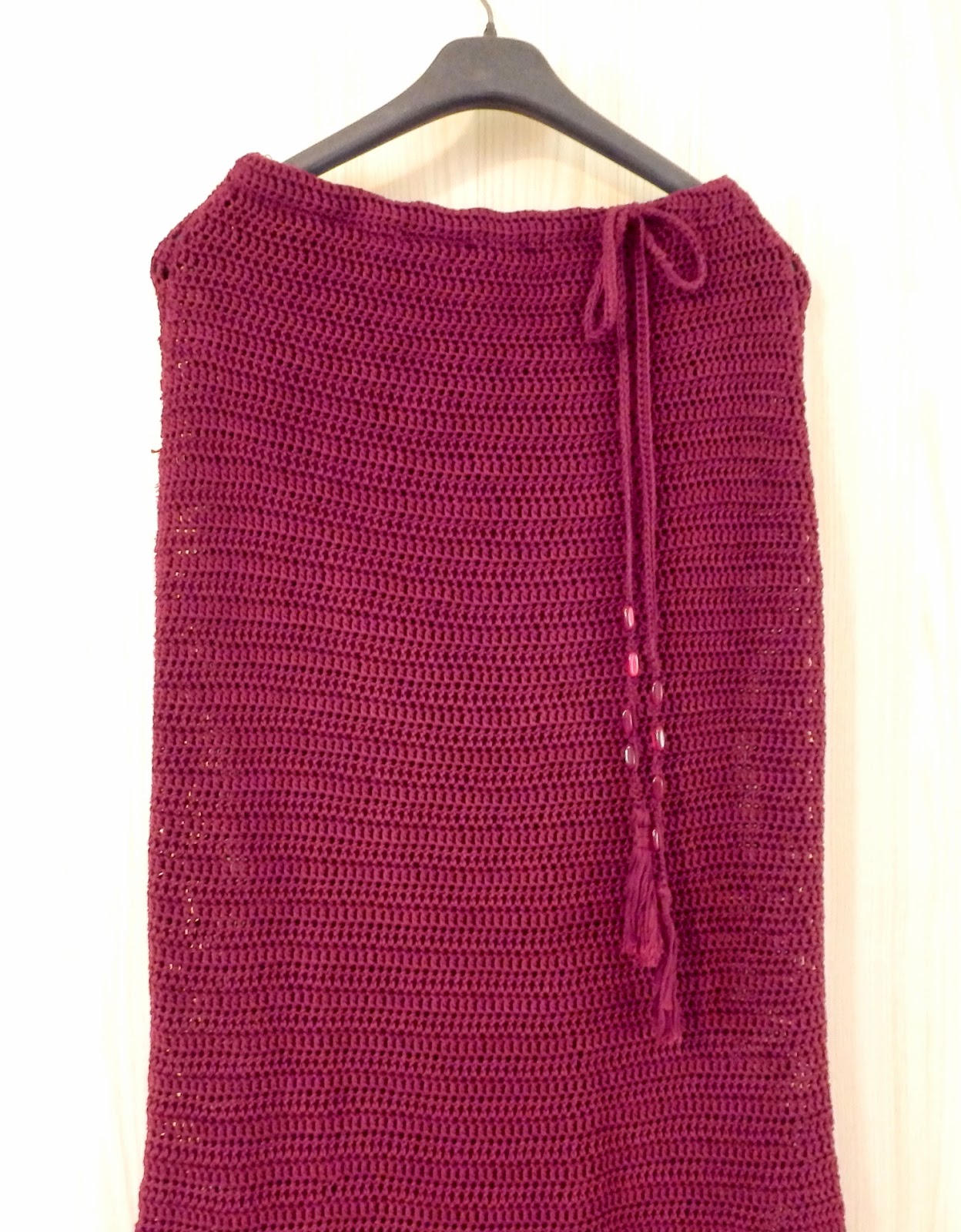